I'm proud to announce that DEAD OR ALIVE 2: FINAL

is complete and ready to be played!
You can download the game here from various links (zipped file should be 265MB or 272343 kb)-http://rapidgator.net/file/45ca2916d96df1e21d377440bd32d4d0/DOA2_FINAL.rar.html
https://www.sendspace.com/file/p97vsm
(I'll be adding more links up soon)
And if you're interested, take a look at my YouTube channel to see numerous videos of this mod (and others) in varying progress- https://www.youtube.com/user/mrgreenranger
Feel free to provide feedback in this thread, it's encouraged! If you find any bugs let me know. Questions and/or comments are welcome because I'd love to know what you guys think of all the changes!
Screenshots of the game in action-
New Title Screen
Jan Lee sporting a Dreamcast Shirt
Tina in her new Spider-Woman costume
Bass is now the Nemesis from Resident Evil 3
The Bunny from Zack's Scenario now playable and Helena in her Opera dress
Lei Fang in her Tomb Raider Outfit
Helena's new custom costume
Kasumi in a brand new bathing suit
WHAT IT IS: *CDI file of 'Dead Or Alive 2 Limited Edition', modded extensively with new content for the last time by Green Ranger to warrant its new name- 'DEAD OR ALIVE 2 FINAL'.
THE BEGINNING:
I've been a fan of the Dreamcast version of DOA2 (Dead Or Alive 2) ever since I first played it. I examined the game's
files eons ago and came to the conclusion that editing could be done to alter the game's content. I released two
earlier mods, one called 'DEAD OR ALIVE 2: SPECIAL EDITION' and 'DEAD OR ALIVE 2: ULTIMATE EDITION'. Those previous mods had some noticeable edits, but nothing as extensive as what you'll now find in 'DEAD OR ALIVE 2 FINAL'. With the edits from the previous two mods combined with this one, you'll find numerous costume changes, new character dialogue, new stage sequential orders for Story Mode, new Dead Or Alive music, etc. For more details on such changes, see below-
1) New Title Screen that reads- DEAD OR ALIVE 2 FINAL
2) Stage Slideshow during Title Screen sequence has been altered 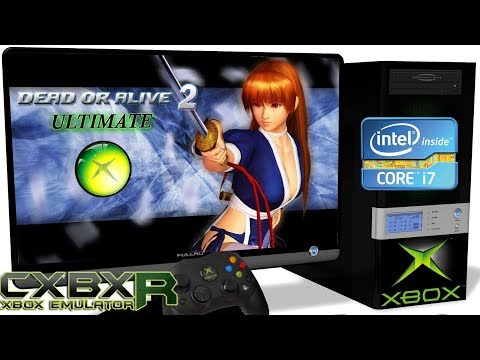 2) New music throughout the game- Stages, Training Mode, Mode Select Screen and Ending Credits have new music
3) Character dialogue changed extensively to give some fighters new storylines, and also dialogue changed in general
to sound less confusing when interacting with characters.
4) New/edited costumes for nearly every fighter (costumes from my previous mods were tweaked/updated for this release)
5) DOA3 character stances for Zack and Genfu
6) Bass & Tina's storyline now have a new Tina Poster on the brick wall and in Bass' room
7) Stage layouts differ for various characters in Story Mode- nice way to spice things up!
8) Bigger Dummy file in CDI image to allow for faster load times
9) In Versus & Watch Mode the Aerial Garden is automatically Night, press R-trigger to access Daytime Aerial Garden
10)I hope I'm not forgetting anything.! Read below for the costume changes-
KASUMI:
C1- Made Kasumi Outfit Red instead of Blue (I think it looks better)
C5- New Blue Bathing Suit
C1- New Tecmo Underwear with Bra, only accessible if you press R-trigger to select C1.
GENFU:
C6- Added Spider and Web Designs to his pants
TINA:
C1- New Spider-Woman Costume
C4- Play as Helena's Mom (Tina's *shredded* costume now edited and placed in her ending)
C5- Tina's Supermodel outfit now playable
**- Tina has a new runway outfit, modified from the *shredded* costume
ZACK:
C1- New 'Dhalsim' inspired costume
C2- Play as the Bunny that Zack wants to cook for Tina! (The Bunny is now Zack's height so expect hilarity & weirdness!)
C5- Removed glasses from Shawdowman costume- now you can finally see his eyes

BASS:
C2- New Resident Evil Nemesis Skin, with the face of Nemesis and the Umbrella logo on his back
C3- New 'Clown Man Bass' costume
LEON:
C3- New custom Bayman skin with yellow hat, green vest, blue/gray pants and facial war paint
LEI FANG:
C4- New Tomb Raider inspired costume
C5- Total color swap of Blue costume to Yellow
EIN:
C4- New Brad Wong costume
KNOWN BUGS:
1) When playing as Helena's Mom- during Tina's cutscene with Lei Fang, Tina throws a rock in front of Lei. If using
Helena's Mom's skin, the rock is invisible in Tina's hands. Minor bug, but not game breaking.
GIVING THANKS:
The mod wouldn't be as successful without the assistance of a couple others who I'll name here..
Dee4doa- While modding DOA2 he came along and helped a great deal as we both managed to discover new things about the game's file formats which aided in further modding DOA2. He and I have both written tutorials on DOA2 which can be found on DCFORUMS.CO.UK
ダンディ(dandy)- He created a Texture Importer/Exporter tool which makes it easier to extract costume textures from .BIN files and inject them back in. An essential tool that makes costume modding so much easier!
AND FINALLY:

I hope everyone that downloads this enjoys the mod! This is purely a non-profit fan project that was done because I love
the original game but wanted to tweak some things I felt needed improvement (such as the dialogue) as well try my hand
at Dreamcast hacking, and I'm happy to say this was successful!
* I do not own the rights to the Dead Or Alive games or franchise and this project is not intended to infringe upon the rights of their respective owners- this project is a means to encourage further interest in a fighting game title which is no longer available/distributed on the market and is on a gaming console that has long been discontinued.

Extract the CDI and the README files from the archive. CDI is selfbooting, just burn it in Discjuggler with your usual *Dreamcast* settings and ENJOY!
- Green Ranger
Top Posts